UNESCO on Jerusalem — A Response from Within

UNESCO is not held in high regard in Israel. There are good reasons for that. The United Nation’s agency that is in charge of education and culture and that has inscribed a culture of peace as one of its primary goals and narratives is highly politicized. Its high politicization renders the agency often ineffective and its complicated structure and complex bureaucracy make the ratio of investment to achievement one that would not have sustainability in the private sector.

Israel has found itself time and again on the receiving end of difficult UNESCO statements, drafted by Arab countries. The most recent of these, issued several weeks ago, was the focus of much media attention, in view of the responses of Israeli politicians, beginning with prime minister Netanyahu, and consequently of major political leaders world-wide who had to take a stand on the resolution, such as Premier Hollande who admitted that France’s support for the resolution was a mistake, followed a few days ago by Brazil. 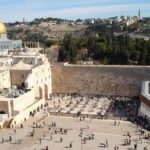 At the heart of the present discussion is a document that is one-sided in its affirmation of Palestinian rights and of a Muslim narrative concerning Jerusalem and the Temple Mount, as well as Hebron and other holy sites. The document dismisses Jewish narratives concerning local holy places, expressed symbolically by referring to the Western Wall in quotation marks, while its Arab name, named after a Muslim view of the place, is presented as the true name of the site. In other words, UNESCO issues a statement that relates to a contested holy site by effacing the narrative of one side and doing injustice to historical memory. The statement was made by the Executive Board of UNESCO, at the initiative of Algeria, Egypt, Lebanon, Morocco, Oman, Qatar and Sudan, and is therefore highly colored politically.

One of the tensions that makes the work of UNESCO complicated and often ineffective, is the tension between members states and their initiatives and the work of staff, headed by UNESCO’s Director General, the Bulgarian Irina Bokova. Staff is more professionally oriented and as in the present case, would seek to diffuse unnecessary tensions. Thus, Bokova’s response following the statement: “Jerusalem is a Holy Land of the three monotheistic religions, a place of dialogue for all Jewish, Christian and Muslim people, nothing should be undertaken to alter its integrity and authenticity… Only respect and dialogue can build the trust we need to move forward — this is the strength of UNESCO, for the benefit of all.”

This is, in and of itself, a very appropriate response, and it offers the right direction for how work should be undertaken. However, it highlights even more the problems at the core of the recent document approved by the executive committee, and fails to reject them.

UNESCO — The Third Party
There is more to UNESCO than the member states and its own staff. UNESCO brings together a significant body of international scholars, offering support for their work, usually in name, at times also in concrete ways. UNESCO’s UNITWIN program creates networks of cooperation between scholars worldwide, in a variety of areas, all relating one way or another to its mission.

One of these networks is involved in interreligious and intercultural studies and I know this network intimately, having been involved in it since its inception. I believe I am the most longstanding chair-holder within this network. In the late 90s, when I first developed the consortium of institutions that operated then under the rubric of “The Elijah School for the Study of Wisdom in World Religions,” later renamed “The Elijah Interfaith Institute,” we sought UNESCO sponsorship for our collaboration. This was a way of signaling that our work was not partial to one religion or that one religion hosted others for study activities. UNESCO offered a kind of neutral umbrella for bringing together scholars and institutions affiliated with different religions, and its vision of dialogue and peace obviously conformed to fundamental aspects of our School’s vision. We therefore obtained UNESCO recognition through the UNITWIN program, as have about ten other academic chairs, working in various areas, in Israeli institutions of higher learning.

The UNITWIN network has made me aware of an important voice that must be heard within UNESCO, and one that has not yet gained the hearing it deserves. In the play and tension between political representatives and UNESCO staff there is a significant third other: the voice of experts who have the capacity to offer a balanced perspective on issues of the hour.

It was clear to me that the recent UNESCO statement violated the guidelines that academics, dialogue specialists and peace seekers would expect from the organization. And it was important for me to give this voice a hearing. I therefore turned to members of our network and asked them to sign with me a letter to the Director General that would give voice to an alternative approach for how UNESCO should go about the business of religion, especially in situations of conflict. A number of network members had difficulty going beyond the politics of the organization and felt they had to work through their national commissions, allowing, in my view, politics and bureaucracy to have the upper hand. Some Muslim colleagues shared the spirit, but feared for repercussions in their home turf. Still, a meaningful number of scholars and experts from around the world, ranging from New Zealand to the United States, and representing 3 faith traditions, were able to identify with the message to the Director General. It is important for me to share this message with my readers, because it reminds us of the fundamental principles of dialogue and of doing the business of religion in a responsible and constructive way. It also allows us to recall that beyond the noise of political clashes and mediatic statements, there are caring and competent individuals, who have what to contribute to UNESCO and whose voices must be heard. It is time for UNESCO’s third party to gain a better hearing, within the organization and beyond it.

Substance of Message to UNESCO’s Leadership
The message seeks to strike a balanced tone and to set game rules that establish appropriate procedures, without taking sides. While many Israeli readers may feel it does not say enough, I, and many members of our network, feel that abiding by the simple principles below would be a huge step forward at UNESCO.

The message to Ms. Bokova, then, includes the following:

It is therefore with deep regret that we read the recent statement of the Executive Board of the 199th session, dated April 11th. This statement violates some fundamental principles that are part of the wisdom that we carry and that we feel should guide UNESCO’s decisions and policies. A followup statement of UNESCO’s Director General, Irina Bokova (17.4.16) regarding respect and dialogue as foundations for building trust and promoting tolerance and peace conforms with our expertise. Recognizing these foundations, we must urge UNESCO in all its dealing on matters of religion and conflict, to always be mindful of the following principles:
a. Any representation of a situation of conflict, especially one with deep historical roots, must be faithful to the multiple narratives of all sides. No side must feel that its historical memory is being erased or sacrificed in favor of another.
b. For any dialogue work to succeed, it must be based on all sides feeling they have been heard and for processes of understanding and healing to emerge out of fair-minded, historically balanced, presentations of all sides to a conflict.

We regret these principles were not followed in the recent decision of the Executive Board of the 199th session, with regard to the history of holy sites in Jerusalem and in other places in the Holy Land. Sadly, the document takes a one-sided view, and offers only a Muslim perspective on key issues relating to historical and religious memory. Such a one-sided view lies at the root of many of the practical recommendations.

As scholars operating within a UNESCO network, we remain at the disposal of all relevant UNESCO bodies and look forward to being able to contribute positively to ongoing discussions on matter of religion, dialogue and peacemaking. We strongly believe that our scholarly expertise can help create a more balanced organizational culture that can help UNESCO reach its long-term goals

Beyond UNESCO
Do I think our letter will make a great difference? Not in a world as politically complicated as UNESCO. And yet the call must be made. And it must be made not only within UNESCO but in all frameworks in which conflict is discussed and where religion is involved. The simple principles are therefore guidelines that must be respected more broadly and I consider there is value in recalling them beyond the organization and beyond the specific circumstances described above. Therefore, if you have read this post thus far then you too are part of the intended audience to which we seek to deliver a message on method, procedure and fairness in dialogue in the real world.