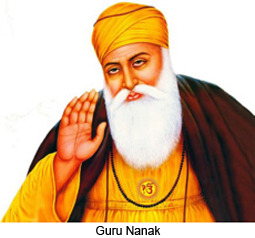 The Elijah Interfaith Institute is proud to be the recipient of a significant grant from the John Templeton Foundation, titled “Religious Genius: Planning Grant”. The grant is to explore a new area of study, as a basis for advancing interfaith engagement. It is based on the intuition that saints are an important subject for study, admiration and inspiration across religions. Friends of Elijah, who have followed our evolution since the founding moment, will recall that Elijah’s birth was in response to the request of a Jewish friend to study the lives of the Christian saints, and the subsequent realization that Jerusalem did not afford a context in which this could be done. The subject of saints was the topic of a summer school, held in Jerusalem in 2001. And it remains a subject of great potential for inspiration, learning, sharing and recognition across religious traditions. The Templeton grant is to explore new ways of talking about saints, so that they can be appreciated across religions, as well as by those who seek to understand them, independently of a religious worldview. The planning grant will allow scholars to explore the category of “Religious Genius” as a means of facilitating understanding of and conversation about such individuals, across religious boundaries. The category has a history that is a century old, and was particularly important for Sir John Templeton. The Templeton foundation is presently funding the Elijah Institute to further develop this category, to elaborate a working model for it, to test it in multiple religions, to share it with religious leaders, and based on all the above – to present a long term research and dissemination project, that will feature “Religious Genius” as an innovative approach to the study of saints and as an important site for interreligious dialogue. 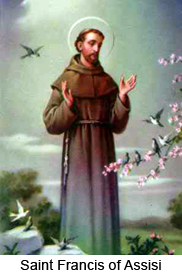 All religions recognize there are outstanding individuals, whose spiritual insight, presence and power by far surpass those of others. These individuals help create, define, drive, reform and inspire their traditions. To a large extent they are the models that provide the basis for emulation for others and they are the ideal of the tradition in its concrete manifestation, in the lives of humans.
Historically, most religions have tended to appreciate only those exceptional individuals who have contributed to their own traditions’ formation. While on the popular level there has often been some mix of cults, in seeking blessings from individuals who belong to other traditions, the fuller appreciation of special religious individuals has been limited to members of one’s own tradition.
The “Religious Genius” project seeks to engage the topic of these special individuals from a perspective that is broader than just the individual faith perspective. In part, this is informed by the recognition that in an interreligious age, we must be open to study and to be inspired by the finest models that other traditions can provide. Without such openness, we are missing out on true appreciation of what other religious traditions are and what they have to offer. From a different perspective, the study of such individuals is important because it allows us to approach them as part of the study of the meaning of the fullness of being human and of human potential. From this perspective we are invited to consider what such unique individuals are, how they function, and what they contribute to society, in a way that cuts across the different religious traditions, and draws on them all. Thus, both for purposes of our knowledge and understanding of what it means to be human and for purposes of advancing relations between religions in today’s world, the study of exceptional individuals in the field of religion holds great promise. 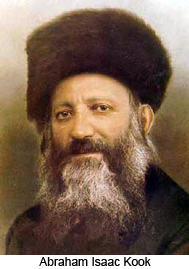 On June 24-26, 2012 the Elijah Interfaith Institute held the first meeting of the “Religious Genius:Planning Grant” project. 14 scholars, representing six religious traditions and various academic disciplines, attended the three day meeting, graciously hosted by the Center for the Study of World Religions, at Harvard University. At the core of the meeting and of the study process is an essay, authored by Alon Goshen-Gottstein, that offers initial positions and a model for understanding saints as religious genius. The meeting focused on the project’s core essay, and on a series of responses that project members composed. The group process, prior to and during the meeting, provides a firm foundation for the continuation of the project. The “Sharing Wisdom” section of this issue of our newsletter shares some of the insights that emerged from the Boston meeting.

The Elijah Interfaith Institute relies on the support of friends in order to conduct its ongoing activities, including responding to actions motivated by ignorance and religious intolerance: