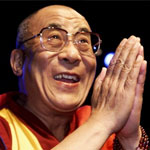 H.H. the Dalai Lama, Tenzin Gyatso, India
His Holiness the 14th Dalai Lama is the spiritual and political leader the Tibetan people. As such, he carries on a tradition that stretches unbroken back to the 13th century. His Holiness has traveled to more than 52 countries and has met with presidents, prime ministers and crowned rulers of major nations. He has held dialogues with the heads of religions and states, and leaders in the arts and sciencis. He has waged a peaceful campaign to free Tibet from Chinese rule, a struggle that won him the Nobel Peace Prize in 1989. The Dalai Lama lives in Dharamsala, where he headed the Tibetan government in exile, until his retirement from political life, announced in March 2011. 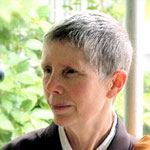 Jan Chozen Bays, USA
Jan Chozen Bays, MD, has studied and practiced Zen Buddhism since 1973. An ordained Soto Zen priest, she finished formal koan study in 1983 and she was given Dharma transmission, authorization to teach, the same year. In 1985 Chozen she became the teacher for the Zen Community of Oregon. In 2002 she helped to found Great Vow Zen Monastery, a residential center for intensive Zen training in Clatskanie, Oregon, where she currently is the co-abbot. She is the author of numerous books and articles, including “Jizo Bodhisattva”, “Modern Healing” and “Traditional Buddhist Practice”. 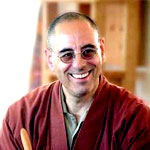 Ven. Norman Fischer, USA
Zoketsu Norman Fischer is a poet, Zen priest and teacher in the Soto Zen lineage of Shunryu Suzuki Roshi. He served as co-abbot of the San Francisco Zen Center, the oldest and largest Zen organization in the Western world, from 1995-2000, and is now founder and teacher of the Everyday Zen Foundation, an organization devoted to sharing Zen teaching and practice widely with the world. 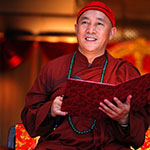 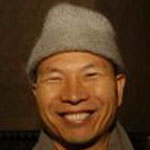 Ven. Prof. Jinwol Sunim, Korea
The Venerable Jinwol Sunim is the President of United Religions Initiative of Korea, Dean of Gwangmyeong Buddhist College in Cheongju, Korea, an Executive Council Member of the World Fellowship of Buddhists, and Professor of Buddhist Studies at the Seoul Graduate School of Buddhism. He received his Doctorate in Buddhist Studies from the University of California at Berkeley and is widely published in both English and Korean. 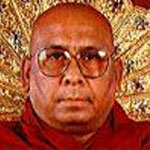 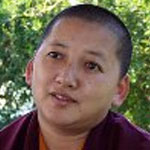 Ven. Khandro Rinpoche, India
Venerable Khandro Rinpoche, the daughter of His Holiness Mindrolling Tichen, was born in Kalimpong, India in 1967. At the age of two, Rinpoche was recognized by His Holiness the 16th Karmapa as the re-incarnation of the Great Dakini of Tsurphu, Khandro Ugyen Tsomo, who was one of the most well known female masters of her time. The Venerable Khandro Rinpoche is a teacher in both the Kagyu and Nyingma traditions of Tibetan Buddhism. She speaks fluent English, Tibetan and Hindi dialects and has completed a western education at St. Joseph’s Convent, Wynberg Allen and St. Mary’s Convent, all in India. Rinpoche has been teaching in Europe, North America and Southeast Asia since 1987.

Ven. Phradharmakosajarn, Thailand
The Venerable Phradharmakosajarn is Rector of Mahachulalongkornrajavidyalaya University (MCU), Regional Ecclesiastical Governor, and Assistant Abbot of Wat Prayoonrawongsawas, Bangkok. He has formerly been Dean of MCU’s Graduate School and Chairman of the Organizing Committee for the World Council of Religious Leaders. 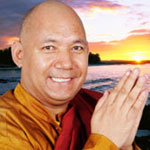 Ven. Bhikkhu Sanghasena, India
A Buddhist monk, Ven. Sanghasena founded the Mahabodhi International Meditation Centre (MIMC) in Ladakh. Since then, he has worked tirelessly to put the Buddha’s teachings on loving kindness and compassion into action. He has been awarded the “National Award for the Welfare of People with Disabilities” by the Indian Ministry of Social Justice and Empowerment. 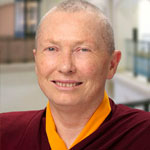 Ven. Karma Lekshe Tsomo, USA
Karma Lekshe Tsomo is a Professor of Theology and Religious Studies at the University of San Diego. She is president of Sakyadhita: International Association of Buddhist Women and director of Jamyang Foundation, an initiative to provide educational opportunities for women in developing countries, especially in the Indian Himalayas and Bangladesh.

Past Members of the Elijah Board of World Religious Leaders 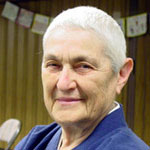 Blanche Zenkei Hartman, USA
Zenkei Blanche Hartman began sitting in 1969 at the Berkeley Zen Center with Sojun Mel Weitsman and in San Francisco with Suzuki-roshi. She was priest ordained in 1977 by Zentatsu Baker-roshi and received dharma transmission with Sojun Mel Weitsman in 1988. Zenkei became abbess of San Francisco Zen Center in February of 1996. 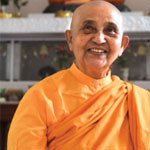 Additional Leaders Who have Participated in Elijah Events and Programs 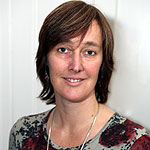 Dr. Alison Murdoch, UK
Alison Murdoch is the founding Director of the Foundation for Developing Compassion and Wisdom, an educational NGO under the patronage of HH The Dalai Lama. She is also a Board member of the Foundation for the Preservation of the Mahayana Tradition, a network of 160+ Tibetan Buddhist centres worldwide. She is passionate about finding fresh and contemporary ways to share the essence of the Buddha’s teachings, especially with secular audiences and young people. Dr Murdoch participated in the 2012 meeting of the EBWRL. 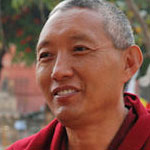 Ven. Geshe Tashi Tsering, India
Ven. Geshe Tashi is a Tibetan Lama who holds the Lharampa Geshse degree from Seramay Monastic University in South India. In 1991, he began a three year appointment at Nalanda Monastery in France to teach advanced level Tibetan Buddhist philosophy to Western students. Since 1994, he has been based at the Jamyang Buddhist Centre in London, where he is renowned for his ability to make philosophical teachings accessible to students. Ven. Geshe Tashi represents His Holiness the Dalai Lama at the Elijah Board of World Religious Leaders. Ven. Geshe Tashi Tsering is abbot of Sera Mey Monastic University in India where he is responsible for 5,000 monks living in the complex and many followers beyond. 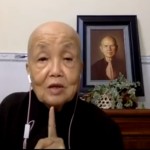