Since its inception, Elijah has recognised that one of the most important values for interreligious understanding and dialogue, a value promoted by all religious traditions, is that of Forgiveness. The third meeting of the Elijah Board of World Religious Leaders, under the title of “Sharing Wisdom,” used the example of Forgiveness as its case-study, to demonstrate that we have much in common but that we can be enriched by the wisdom of different traditions. 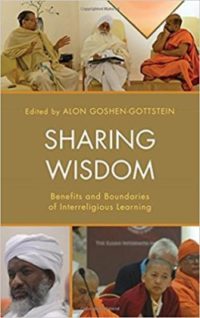 As part of the meeting, a series of videos was produced and released by the Fetzer Institute, in which religious leaders speak about the meaning and importance of forgiveness in their tradition.

Recently, we forged a new partnership to strengthen and enhance our work on Forgiveness. The International Forgiveness Institute, based at Madison University in Wisconsin, is the premier centre for the exploration of all aspects of Forgiveness – from the psychological, social and spiritual perspective, for the individuals, for communities and for humanity. Elijah has been involved in a number of activities with them, contributing particularly to sharing the ancient and contemporary wisdom of the world’s religions.

This past summer, Elijah was co-sponsor of the first Jerusalem International Conference on Forgiveness, held at the Notre Dame Centre.

The conference opened with Dr Robert Enright, founder and director of the International Forgiveness Institute, explaining the science of forgiveness. 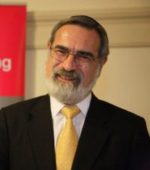 Chief Rabbi Jonathan Sacks supported Dr Enright’s contention that Forgiveness is a modern idea that has been around for hundreds of years.

He asserts that the Biblical book of Genesis, which is a book of family rivalries, concludes on a note of forgiveness, when Joseph forgives his brothers. Rabbi Sacks says that we should live with the past but not in the past; that forgiveness is the way for us to have a positive future. It is the action that is not a reaction. 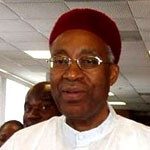 Dr Adamou Njoya described how important forgiveness is in Islam.

Quoting extensively from the Quran, he showed how Forgiveness is a Divine quality that we should all try to emulate – to enhance both our spiritual life and interpersonal relationships.

Click here for a recording of his talk, which is in French. 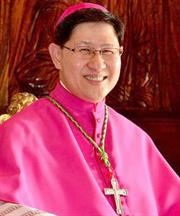 The Christian position was presented by Cardinal Tagle of the Philippines.

The Cardinal made an analogy between the forgiving love of God and a mother forgiving her child.

Mothers fully understand this: “I may disagree with what you have done, but you came from my womb……You ARE my child.”

A spin-off from the Jerusalem Conference was the invitation for the Forgiveness Institute to sponsor a conference in Rome. The Rome Conference on Forgiveness: Virtue of Forgiveness Formation in Educational Programs to Promote Peace was held earlier this month at the Pontifical University of the Holy Cross.

Presenters included Hon. Omer Ahmed Kerim Berzinji, Ambassador of Iraq to the Holy See, whose topic was “Forgiveness in Islam.” He quoted extensively from the Quran to show how central Forgiveness is to the Islamic way of life.

Prof. Grammenos Mastrojenni of the Italian Foreign Affairs Ministry and Hon, Paola Binetti, a Senator in the Italian Parliament and Professor at Campus Biomedico, both presented on Forgiveness, Dialogue and Politics from a Roman Catholic and European perspective, the former showing the interrelationship between our political, social and economic choices and how we need to forgive poor decisions in the past in order to make fresh, more rational ones, and the latter showing how the Europe of today was formed only through the willingness of political leaders, deeply influenced by their Christian beliefs, to forgive historic differences and move forward together.

Msgr. Mariano Fazio, Vicar General of Opus Dei, closed the conference with a presentation that highlighted Pope Francis’ appreciation of forgiveness as a key to peace-making.

Peta Jones Pellach was invited to present Forgiveness and Forgiveness Education from the Jewish Perspective. Here is a synopsis of her presentation.

There is a famous story told of Nazi hunter Simon Weisenthal, when he was asked to accept apologies from a former Nazi. Weisenthal famously responded to the aging ex-Nazi who came to him asking for forgiveness for the horrors he had perpetrated, that Judaism insists that a person must ask forgiveness from the person he has wronged. He suggested that the Nazi ask for forgiveness from his victims. Weisenthal said, “I am not G’d. I cannot forgive you.”

There are dominant themes in Judaism that seem to fly in the face of “Forgiveness” as a guiding principle:

It is my task to show that Judaism not only approves of “forgiveness” as a virtue, but demands it from us. Indeed, the Hebrew Bible is the primary source for forgiveness.

Elijah’s Make Friends campaign has now reached millions of people around the globe. To celebrate the spread of this message, our future newsletters will include a Friendship Corner, highlighting the wisdom of our religious leaders and the traditions from which they come on the importance of interreligious friendships.

We begin with an excerpt from Rabbi Jonathan Sack’s presentation on Forgiveness, where he is asked to describe his vision of a Forgiving Community and speaks passionately about the significance of friendships and what they represent.

The Marrakesh Declaration to which he refers can be found here.

Religious Studies has lost one of its towering figures with the recent passing of Jonathan Z. Smith. Elijah has lost a friend and longtime supporter. Jonathan Smith of Chicago University was a member of Elijah’s academic advisory board, since its formation, in 1996. Smith was one of the sharpest analytical minds in the field of religion, and refined the comparative study of religion with great methodological acumen, through many by-now classical works, such as Drudgery Divine: On the Comparison of Early Christianities and the Religions of Late Antiquity

While not a theologian, nor a specialist of one religion, Smith was highly supportive of the efforts of Elijah and appreciated its work, both on the academic and the communal plane. As Elijah was seeking its identity and ways of balancing its academic and spiritual quest, Smith was a valuable and supportive conversation partner. We will miss the caring heart of Gold that may have not been visible to all, given Smith’s outstanding brilliance and unique personality.