Historical Declaration of Friendship Across
Religions in the making

Wednesday September 26th 2018, at The Peace Palace in The Hague, the Carnegie Foundation and the Elijah Interfaith Institute announced a new partnership between the two organization. The partnership revolves around a Declaration of friendship across religions, as follow up to Elijah’s Make Friends initiative and a series of global activities towards and as follow up to the declaration.

In June 2020 prominent religious leaders of the various faiths in the world will be invited to sign the declaration at an historic summit at the Peace Palace. 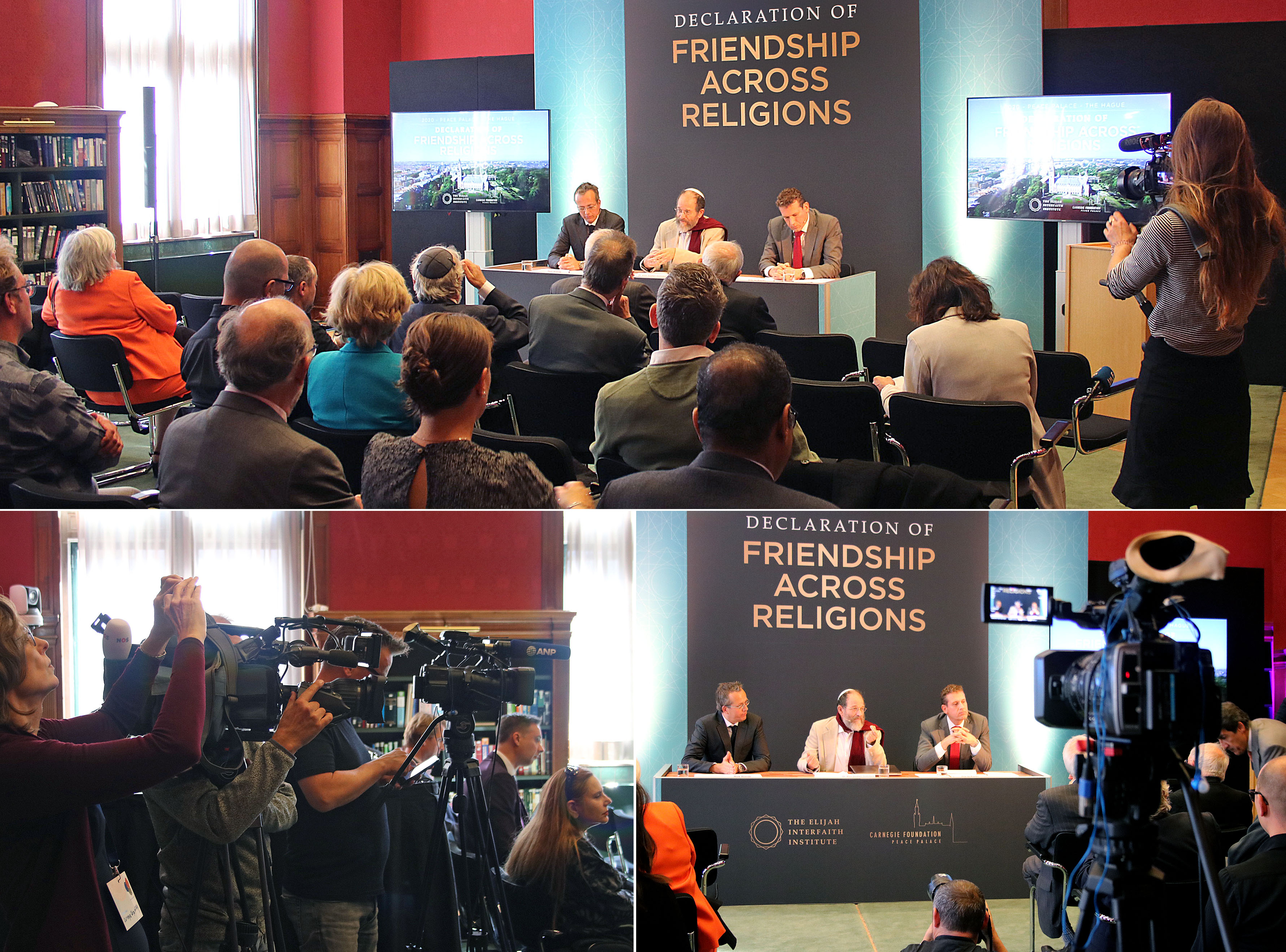 The overall aim of the collaboration is to enhance friendship between religions, thus fostering peace and providing hope. This aim is met by providing an example at the highest level, thereby inspiring many, in an ongoing way, as well a by creating infrastructure to promote dialogue and understanding in the long run. 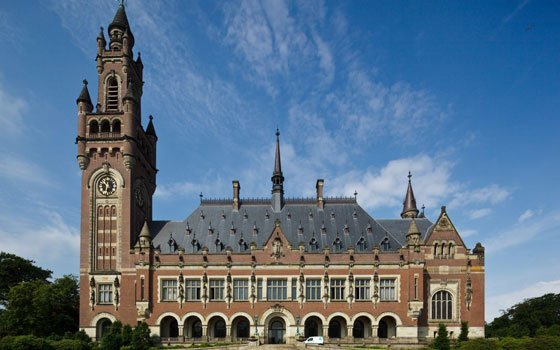 Building on the convening power of the unique and iconic venue to the world related to peace, the Peace Palace, and the successful Make Friends Across Religions campaign the initiative will implement a broad vision of interfaith understanding, friendship and collaboration. This vision is broken down into individual programmatic tracks, through which we aim to build bridges by bringing together communities of faith in the spirit of friendship. These include:

The 26th of September saw the launch of the new initiative.

Click here to view the press conference at the Peace Palace

The initiative received extensive coverage in Holland , and in Spanish, Portugese and English speaking media in many countries.

” We are very honoured to pass on the torch today to the Carnegie Foundation that owns the Peace Palace and the Elijah Interfaith Institute to take this initiative to the next level. I am grateful that last year’s video appeal could be the trailer of something bigger and more impactful than what I could have foreseen; the spiritual leaders being invited to actually come together at The Peace Palace. It is the dream that we can all be one family and my hope is that our family name will be Compassion. Handing over the keys to the new parties can make this dream come true.”

Alon Goshen-Gottstein offered the following concise summary for the goal of the initiative:
“Spreading friendship holds the promise of deepening mutual insight and wisdom, and generating love and justice, joy and peace.”

Asked by media how this declaration will be different than many other declarations, Alon replied: we have here the coming together of 3 bodies, each of which brings its own unique contribution. Elijah Institute brings its affiliation with leaders and its ability to convene a thinking process leading up to the declaration; The Peace Palace provides international visibility to the initiative; Havas-Lemz will facilitate an international global outreach campaign, through its more than hundred offices worldwide, through which the Friendship Declaration will become a truly global event. In addition, we consider the declaration a beginning, not an end. Based on it and in preparation for it, we seek to develop networks of religious leaders worldwide who will implement a program of study and friendship, thereby providing sustainability for the initiative.

About Havas Lemz
The Amsterdam-based creative agency Lemz was founded in 2000 on the core belief that brands have a huge opportunity to engage with society in an honest and meaningful way. The agency recently became part of the Havas Group that employs 20,000 people in over 100 countries. The Havas Group is committed to being the world’s best company at creating meaningful connections between people and brands through creativity, media and innovation. The agency with its team of 70 digital natives was recognized at the Cannes Festival of Creativity as the 2nd best independent agency in the world, in particular for its globally acclaimed Sweetie campaign, against online child abuse. www.havaslemz.com

The initiative will engage additional partners, especially the VU (Free University of Amsterdam)

Support us at no cost to you!